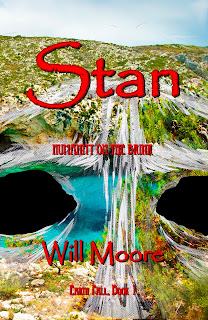 Humanity on the Brink

A zombie-style tale, but without the zombies.

What has happened to George Wright? The fun-loving sun-seeker has been turned into a deranged madman. Can his wife cope? Can she find out what's wrong and, if so, can she do anything about it?

Eve Quinn is on a mission. Her Special Forces squad has been hit and crippled. The trouble is, only she knows about the mission's true purpose.

And what connects these people with the fate of humanity?

An alien parasite has arrived on Earth, origins unknown. George Wright has contracted it whilst swimming in the Greek Islands and is rapidly succumbing. His wife, Hannah must cope and try to find a cure as well as battle her own scepticism. But who on Earth knows anything about alien parasites?

Eve Quinn works for a covert, semi-military, organisation that has been tasked with finding the parasite and eliminating it, wherever it arises. The trouble is, the crisis is new and nobody has the technology to deal with these organisms. They have to learn and develop as they go.

But is it going to be enough?

Get your copy of Stan from:

Will
Hi. I'm Will Moore. I live and write in Hertforshire, in the UK.